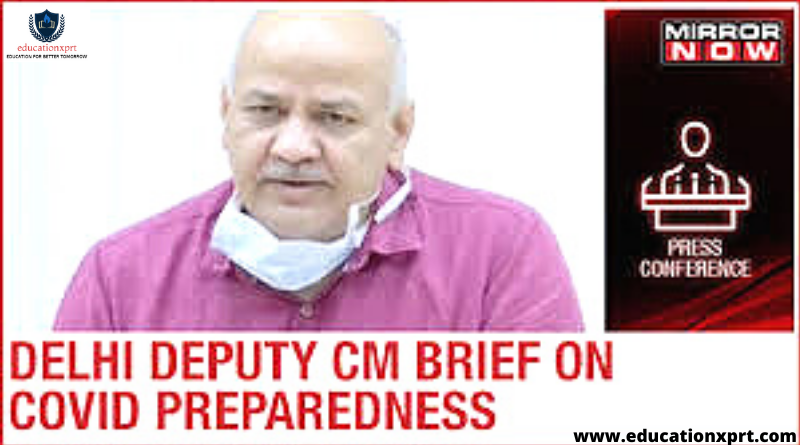 College exam news 2020 latest news is that exams conducted by some Delhi Govt. Universities, decision refuted by Deputy CM Manish Sisodia. Delhi government’s deputy chief minister Sisodia on Saturday announced that all state universities in the UT will not conduct any tests. However, some universities like Ambedkar universities and Indra Gandhi technical university for women have already completed their assessment process of students and even announced the results.

GDTUW has completed its online end learn assessment for all its students during may-jube using it’s in houses e-learning management software. And also this college Ambedkar university says vice-chancellor Anu Singh lather said the varsity had successfully completed the 2019-20 academic year for most of its students.

Despite being severely affected y the pandemic and the lockdown, the university has risen to the challenges and finished the winter semester 2020 on June 12, “said Anu Singh similarly. Earlier, the varsity scheduled exams for intermediate semesters from July 20, but now the varsity will wait for the government’s directive on how to assess students.

Meanwhile, Guru Gobind Sing Indraprastha University which hs over one lakh students and 127 affiliated colleges had yet not conducted its exams.

As per the recent tweets of Manish Sisodia, deputy chief minister of the Delhi government, all the exams of Delhi taste universities remain canceled. Sisodia suggested that students will be evaluated on internal assessment and past performances. However, the actual evaluation system will be exercised by the respective university at their own description.

most of the collage shave finished their semester.
The decision will not impact central universities like Jawaharlal Nehru University (JNU), Jamia milia Islamia and Delhi University. Meanwhile, UGC issued revised guidelines stating exams to be held by September. Post which, Delhi became the first state canceling exams for the current year. Before UGC guidelines were out, about six states had already canceled university exams.

as of now, West Bengal, Tamil Nadu, Punjab, Odisha, and Maharashtra have written to the central government going holding an exam. In this pandemic situation, all face them and in this situation holding exams will add to the amid this scary climate. All educational institutions including schools, colleges, and universities are closed the nationwide lockdown was declared in March.

Such closures were- enforced to prevent further transmissions of the novel coronavirus. when most of the collage shave finished their semester. cm has announced that universities exam cancel.

This is an example widget to show how the Right Sidebar looks by default. You can add custom widgets from the widgets screen in the admin. If custom widgets are added then this will be replaced by those widgets.

How can you judge yourself for selecting your better future courses?